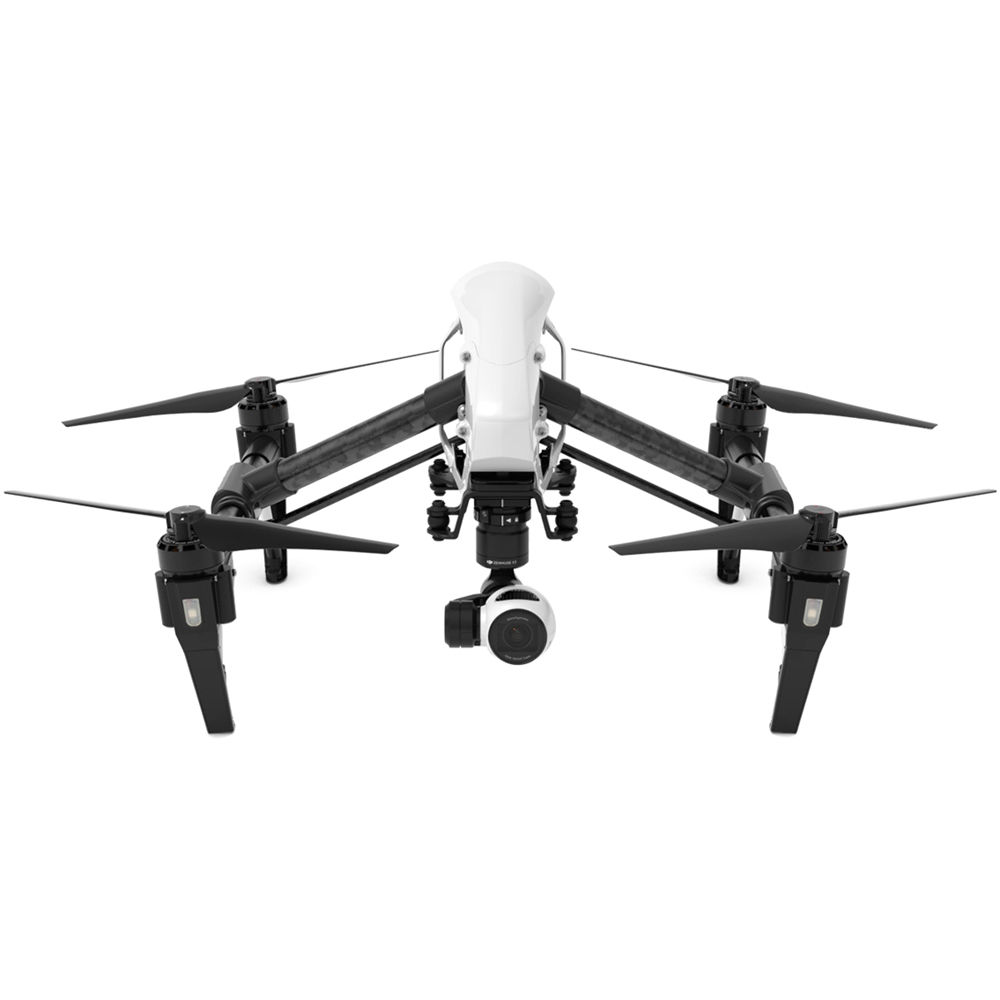 Capture 4K video and take 12-megapixel still photos from the air with the DJI Inspire 1 v2.0 Quadcopter with Integrated Camera and 3-Axis Gimbal. Forgoing the fixed landing gear design found on many earlier quadcopters, the Inspire 1 features a retractable arm system whereby the underside of each prop motor has a foot to act as a landing pod when the arms are lowered. In-flight, the arms lift up to provide the camera an unobstructed 360-degree view. A 3-axis gimbal keeps shots steady and the camera pointed the same direction as the quadcopter banks and turns. The camera records internally to microSDHC/SDXC memory cards (16GB included) and can also beam a live 720p feed to a mobile device running the DJI Lightbridge app or a monitor or FPV glasses with an HDMI input. One transmitter (radio controller) is included and a second can be added so that one operator can pilot and another can pan and tilt the camera.
As with many other multi-rotor systems, the Inspire 1 relies on a GPS-based stabilization system that ? thanks to spatial awareness ? is able to hold a position even when experiencing wind interference, can compensate for overzealous pilot inputs to help avoid stalling, automatically brings the aircraft home in the event of signal loss or at the press of a button, and makes possible a number of semi-automated flight modes that can be enabled through the app. There is also an "indoor" mode which relies on Vision Positioning technology ? essentially a special camera ? provide stability indoors or in other contexts where GPS is unavailable (Note: certain features will be unavailable in indoor mode).

What sets Fumfie.com apart from the competition?
We are committed to our customers and bringing them amazing deals on top quality cameras, drones and accessories. As a company we want nothing less than to exceed your expectations.


What is Fumfie.com's Shipping Policy?
At Fumfie.com, almost all of our cameras, drones and accessories ship free.